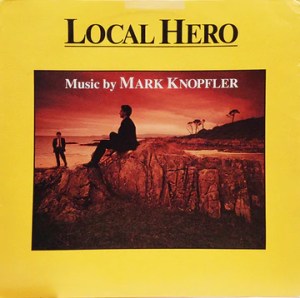 What We’re Listening For On Local Hero

Dire Straits leader Mark Knopfler’s intricate, introspective finger-picked guitar stylings make a perfect musical complement to the wistful tone of Bill Forsyth’s comedy film, Local Hero. This album was billed as a Knopfler solo album rather than an original soundtrack album, with the notation “music … for the film.”