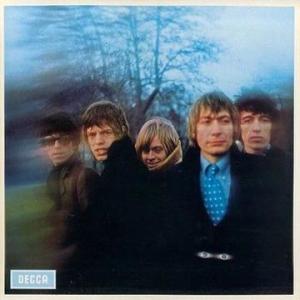 This LP has the British track listing, so don’t pick this one up if you’re looking for great sounding versions of Let’s Spend The Night Together or Ruby Tuesday. A bummer, but the domestic copies sound AWFUL, so what can you do?

This vintage British pressing has the kind of Tubey Magical Midrange that modern records rarely BEGIN to reproduce. Folks, that sound is gone and it sure isn’t showing signs of coming back. If you love hearing INTO a recording, actually being able to “see” the performers, and feeling as if you are sitting in the studio with the band, this is the record for you. It’s what vintage all analog recordings are known for — this sound.

What We’re Listening For on Between The Buttons

All Sold Out
Please Go Home
Who’s Been Sleeping Here?
Complicated
Miss Amanda Jones
Something Happened to Me Yesterday

The Rolling Stones’ 1967 recordings are a matter of some controversy; many critics felt that they were compromising their raw, rootsy power with trendy emulations of the Beatles, Kinks, Dylan, and psychedelic music. Approach this album with an open mind, though, and you’ll find it to be one of their strongest, most eclectic LPs, with many fine songs that remain unknown to all but Stones devotees.

Between the Buttons, like many British long-players, differed between its UK and US versions. The UK edition (in the form Oldham and the Stones intended it) was issued on 20 January 1967 on Decca Records, concurrently with a separate single, “Let’s Spend the Night Together” b/w “Ruby Tuesday.” As was common in the British record industry at the time, the single did not appear on the album. Between the Buttons reached #3 in the UK.

According to Robert Christgau, Between the Buttons was “among the greatest rock albums”, and AllMusic’s Richie Unterberger hailed it as one of the Rolling Stones’ “strongest, most eclectic LPs”.

Tom Moon wrote in The Rolling Stone Album Guide (2004) that the album was “lighter and thinner” than Aftermath and, “having belatedly discovered pop melody, Jagger and Richards were suddenly overdosing on the stuff.” Jim DeRogatis included Between the Buttons in his 2003 list of the essential psychedelic rock albums.