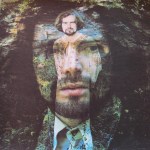 More of the Music of Van Morrison

I wasn’t familiar with this album at all. I knew a couple of the big songs from it: Domino and Blue Money, and that was about it. But this is prime Van Morrison; 1970 was a very good year for him. As I played through the album I was surprised to discover that every track is good; there is simply no filler here. The tracks on each side flow seamlessly from one to the next. The result is an exceptionally involving listening experience.

When you get good pressings of these albums they just can’t be beat. They sound so right in so many ways that you find yourself ignoring the sound and just getting lost in the music. This is one of those albums. Drop the needle on any track for a taste of real ’60s and ’70s Tubey Magical analog and some lovely blue-eyed soul.

Domino
Crazy Face
Give Me a Kiss
I’ve Been Working
Call Me up in Dreamland
I’ll Be Your Lover, Too

If Moondance had a flaw it was in its perfection. Sometimes things fell into place so perfectly I wished there was more room to breathe. Every song was a polished gem, and yet too much brilliance at the same time and in the same place can be blinding. The album would have benefited by some changes in mood and pace along the way. One or two light and playful cuts would have done the job.

On His Band and the Street Choir he seems to have realized that and has tried for a freer, more relaxed sound. Knowing he could not come up with another ten songs as perfectly honed as those on Moondance, he has chosen to show another side of what goes on around his house.

“Give Me A Kiss,” “Blue Money,” “Sweet Jannie” and “Call Me Up In Dreamland” are all examples of Van’s new, rollicking, good-timey style.

As if to balance this assortment of light material, there is a group of down tunes all identified by the prominent use of acoustic lead guitar: “Crazy Face,” “I’ll Be Your Lover Too” and “Virgo Clowns.” The former is about a man who pulls out a gun and announces, “I got it from Jesse James.” The other two are simple love songs, the latter urging the girl to “Let your love come fill the room.”

On the rocking material the arrangements involving the whole band are kept to a simple minimum, with most of the creative sounds coming from the high pitched horn section. On the ballads, the rhythm section is kept loose with the lead acoustic predominating, and the horns, again, adding a distinctive and unexpected touch. Van’s singing is as smooth and powerful as it’s ever been.

The creative core of the album lies in four songs. “Gypsy Queen” is a sort of tribute to the Impressions that doesn’t really sound like the Impressions. It merely gives Van an excuse to use his falsetto, which he does brilliantly. “I’ve Been Working” is one of two songs on the album that makes direct use of Van’s roots in modern soul music. The born riff could have found its way to a James Brown session without any problems. The chorus in which the horns and Van’s voice come together to say “Woman, woman, woman, you make me feel alright” is breathtaking. And the rhythms especially bass, drums, and guitar are an awful lot funkier than one would have expected.

As “Domino” opens the album with a show of strength, “Street Choir” closes it with a burst of both musical and poetic energy which is not only better than anything else on the album but may well be one of Van’s two or three finest songs. Here, the keyboard holds the arrangement together, while the Street Choir enhances the chorus as they do only as well on “Call Me Up In Dreamland.”

His Band and the Street Choir is a free album. It was recorded with minimal over-dubbing and was obviously intended to show the other side of Moondance.

In his own mysterious way. Van Morrison continues to shake his head, strum his guitar and to sing his songs. He knows it’s too late to stop now and he quit trying to a long, long time ago. Meanwhile, the song he is singing keeps getting better and better. 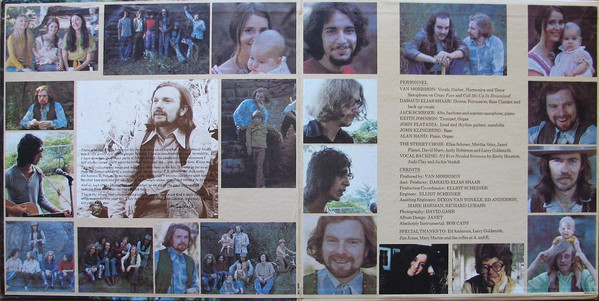