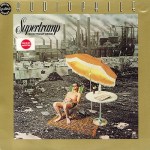 [This commentary is from more than fifteen years ago, so please take it with an oversized grain of salt. The best domestic pressings kill this audiophile record. That said, the better half-speed copies are actually surprisingly good.]

Most half-speed mastered records we throw on our table have us scratching our heads and asking, What the hell were they thinking? They SUCK! Tubby bass, recessed mids, phony highs, compression — the list of bad qualities they almost all have in common is a long one. Playing these kinds of records on a properly set-up modern system is positively painful.
(You have to wonder how bad a stereo system has to be to disguise the shortcomings of records that sound as wrong as these. Then again, is Heavy Vinyl any better?)

We discuss that issue at length in a commentary entitled Audiophilia 101 — What Kind of Audio Fool Was I? in which we noted:

From our point of view, today’s audiophile seems to be making the same mistakes I was making thirty years ago. The Audiophile Heavy Vinyl Remaster, the 45 RPM 2 LP pressing, the Half-Speed Limited Edition — aren’t these all just the latest audiophile fads, each burdened with an equally dismal track record? And isn’t it every bit as true today as it was in the past that the audiophiles who buy these “special” pressings rarely seem to notice that many of them don’t actually sound any good?

The Exception that Probes the Rule

Rules are made to be broken, and in audio there really are no rules. We are not big fans of Jack Hunt, the mastering engineer responsible for this pressing. Yes, it’s true: He absolutely KNOCKED THIS ONE OUT OF THE PARK, but around the same time he was also making some of the worst sounding MoFi records we had ever played, a fact which we discussed in a listing for Michael McDonald’s first album:

The MoFi pressing of this album is a complete disaster — it’s even fatter, muddier and more compressed than the standard domestic copy, as improbable as that may seem. It was mastered by Jack Hunt, a man we know to be responsible for some of the thickest, dullest, deadest MoFi recuts in the history of their shameful catalog. With mastering credits on this album, Gerry Rafferty (058) and Blondie (050) you have to wonder how this guy kept getting work.

I take it all back — the guy’s a genius! Just play this Hot Stamper and you will hear it!

But seriously, I can’t explain how he managed to get the kind of sound that we heard on this record, and it’s just as amazing to me that it was done using a process that practically never works: half-speed mastering. But here’s the record that proves that it can work. Yes, the bass will never be as tight and punchy and deep and note-like as a record mastered in real time; that’s a given. (If more audiophiles had better bass reproduction in their systems this fact would not need explaining, but it’s rare that I see any mention of it. Play any new MoFi record and listen to the bass. That kind of mud and bloat just can’t be right. Wouldn’t the recording engineer be fired for that kind of bad engineering? Yes, he would!)

Why This Mastering Approach Is the Right One

Simple. Our man Jack here is the only guy that seems to know how to master this record in America. His cutting sounds just like the amazing British copy we keep as a reference, the only British copy I’ve ever liked by the way: it’s so RICH and TUBEY-MAGICAL you can hardly believe it. But this is Ken Scott behind the board, the man who recorded Ziggy Stardust., Honky Chateau, Crime of the Century, A Salty Dog, Magical Mystery Tour, America. He knows a thing or two about tubey magic! The richest, ripest keyboard sound you have ever heard is on the best copies of this album.

But the domestic engineers practically erase that sound from the record! They lean out the lower midrange / upper-bass until all that wonderful richness is just a shadow of the sound we know. Then they brighten up the upper midrange and add some top end, the result of which is an earbleed-inducing assault of the most unpleasant kind imaginable. You think CDs are bright and harsh? Play a domestic copy of this record to hear how bright and harsh bad analog can sound. 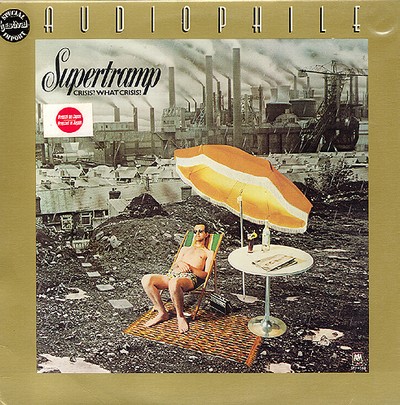