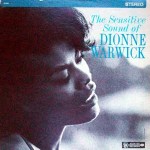 Blary and gritty. Much too unpleasant to be enjoyable on today’s revealing high quality equipment.

The only stereo that can play a record that sounds the way this album does — and we had a number of copies that all sounded bad, some worse than others — is a stereo that is powered by a pair of old amps like the Macs seen below. (I used to own pair, so I know whereof I speak.)

The above approach to record playback is also very good at hiding the faults of the Modern Heavy Vinyl record.

You can find this album in our Hall of Shame, along with more than 350 others that — in our opinion — qualify as some of the worst sounding records ever made. (Some records in the Hall of Shame  have sound that was passable but the music was beyond the pale, or some combination of the two.  These are also records that audiophiles can safely avoid.)

Note that most of the entries in our Hall of Shame are audiophile remasterings of one kind or another. The reason for this is simple: we’ve gone through the all-too-often unpleasant experience of comparing them head to head with our vintage Hot Stamper pressings.

Remastering Out The Good Stuff

Modern records tend to be small, veiled and recessed, and they rarely image well. But the most important quality they lack is transparency. Almost without exception they are opaque. They resist our efforts to hear into the music and get lost in it.

We don’t like that sound, and like it less with each passing day, although we certainly used to put up with it back when we were selling what we considered to be the better Heavy Vinyl pressings from the likes of DCC, Speakers Corner, Cisco and even some Classic Records.

Now when we play the vinyl those companies produced they either bore us to tears or frustrate us with their veiled, vague, lifeless, ambience-challenged presentation.

It was sometime in 2007 when we turned a corner. The remastered Blue on Rhino Heavy Vinyl came out and was such a mediocrity that we asked ourselves “Why are we bothering?” That was all she wrote.