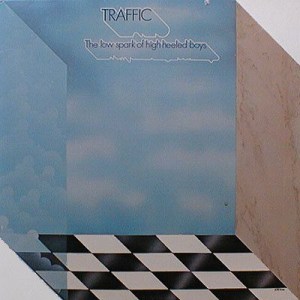 After doing the shootout for John Barleycorn recently, a record we love in spite of its problematic sound, this album was truly a breath of fresh air. I can honestly and enthusiastically say that the sound we heard on the best pressings was OUT OF THIS WORLD. This album is a permanent member of our Rock And Jazz Top 100, that’s how good it is.

Who knew? We had no idea this recording could sound so incredibly spacious and open. The distortion level is so close to zero that we don’t even want to assign a positive number to it. Let’s just say it’s below the threshold of hearing; does that work for you?

Music and Sound — Some Kind of Connection There

We think better sound creates in the mind of the listener a stronger and deeper appreciation of the music itself. This will not come as news to anyone on this site; that’s what it means to be an audiophile. True to form, the amazing sound of the best pressings helped us to really get into this album during our shootout.

Clearly, this is a Classic Traffic album that belongs in any serious collection. (Along with John Barleycorn Must Die, to our minds inarguably their masterpiece. Throw in The Best Of and you have most of the best music with the best sound on record by Traffic.)

For music this important and powerful, you do not want to waste your time listening to a run-of-the-mill pressing or some second-rate Heavy Vinyl reissue. You want a killer Hot Stamper, the kind of record that can really transport you to the world of The Low Spark of High Heeled Boys.

One of the qualities that we don’t talk about nearly enough is the SIZE of the record’s presentation. Some copies of the album just sound small — they don’t extend all the way to the outside edges of the speakers, and they don’t seem to take up all the space from the floor to the ceiling. In addition, the sound can often be recessed, lacking presence and immediacy in the center of the soundfield.

Rock and Roll Stew
Many a Mile to Freedom
Rainmaker

The Low Spark of High Heeled Boys marked the commercial and artistic apex of the second coming of Traffic, which had commenced in 1970 with John Barleycorn Must Die. Low Spark pointedly contained changes of pace from his usual contributions of midtempo, introspective jam tunes. “Rock & Roll Stew” was an uptempo treatise on life on the road, while Jim Capaldi’s “Light up or Leave Me Alone” was another more aggressive number with an unusually emphatic Capaldi vocal that perked things up on side two. The standout was the 12-minute title track, with its distinctive piano riff and its lyrics of weary disillusionment with the music business.

MoFi – The Worst Version Ever

Obviously our Hot Stamper pressing is going to be far better than the MoFi Anadisq LP from the mid ’90s. How much better? Words fail me.

That record was an out and out disaster. Perhaps some of the MoFi collectors didn’t notice because they had nothing to compare it to. God forbid they would ever lower themselves to buy a “common” pressing such as this Island. Had they done so, what they would have heard is huge amounts of musical information that is simply missing from the MoFi pressing.

The MoFi has no leading edges to any of the transients. They’re all shaved off, how that managed that I frankly have no idea. Blunted and smeared, their version is positively unlistenable. My friend Robert Pincus once left a Post-It note stuck to a MoFi jacket of a record he was playgrading for me that pointedly (albeit cruelly) summed up our shared thoughts on the quality of their mastering: “Did MoFi bother to listen to this before they ruined it?”