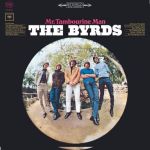 More of the Music of The Byrds

Reviews and Commentaries for the Music of The Byrds

This is probably the best of all the new [1999] Sundazed mono reissues. I never thought I would hear a Sundazed record with this kind of richness and sweetness. It reminds me of a good 360 pressing, and that has virtually never happened before. Side one is a tad better than side two, which is slightly brighter than it should be. But both sides are exceptionally good considering the modern mastering.

This album also has my favorite Byrds song of all time: I’ll Feel A Whole Lot Better. (Notice that Gene Clark’s vocals all sound better than Roger McGuinn’s. For some reason they tend to brighten up McGuinn’s vocals, and the last thing you ever want to do with a Byrds recording is make it brighter. But having said that, almost all the reissues are too bright compared to the good originals.)