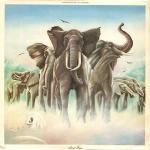 This White Hot Stamper side one was HEAD AND SHOULDERS better than ANY side of ANY other copy we played. We are awarding it our very special Four Plus grade; the sound goes beyond anything we’ve heard before. It’s also one of less than two dozen such records to ever hit the site.

At this point we’ve easily done more than a thousand Hot Stamper listings, so we are talking in the range of the top one or two percent for sound. Most audiophiles will go their whole lives without hearing a rock record sound this good, considering the tens of thousands of records we’ve had to buy, clean and play to find the handful of OFF THE CHARTS copies we’ve reviewed.

A customer back in 2007 noted that hearing his recently acquired Armed Forces Hot Stamper caused him to reevaluate his entire record collection:

The sound of Armed Forces sets a standard that few records can survive being judged against. It makes every audiophile Half Speed and 180 gram pressing you own sound positively sick in comparison. The real thing just can’t be beat, and Armed Forces is as real as it gets, baby! A big speaker record for the ages, and a Demo Disc Par Excellance.

Both sides are lively and energetic with exceptionally high-resolution sound. The clarity and freedom from distortion and smearing and veiling here are UNCANNY. Elvis’ voice is PERFECTION — silky and breathy with lots of texture. The bottom end is punchy, meaty and well-defined — you simply can not find better bass for this album. The superb transparency of this copy lets you hear INTO the soundfield in a way that would never be possible with the typical pressing.

The big-time presence and immediacy will put (arguably) the best new wave / post-punk band in the world right there in your living room. All of the elements work together in perfect proportion. Drop the needle on Sunday’s Best to hear late ’70s analog magic at its finest.

The BIGGEST, CLEAREST and most ENERGETIC copy we’ve ever played — you feel like there is nothing between you and the music. If you love that rich, full British Tubey Magical rock sound you will have a VERY hard time finding any record in the world with more of it than this one.

Side two, though not Out of this World like this side one, is still one HELLUVA good sounding side, rating A Double Plus, just a step down from the best we’ve heard. It’s big and rich, with spacious 3-D sound, but just a bit too smooth up top for our tastes. A little more top end and it would have been KILLER.

Virtually every other copy of this record I’ve ever played sounded pale and washed out compared to the good British early pressings. It almost makes you wonder what happened to this tape, because it seems like this tape wasn’t used to make any records after this batch was pressed — it’s that big of a difference! (We have found surprisingly good British second pressings before but they are never competitive with the likes of these earlier pressings.)

I consider Armed Forces to be one of the best sounding rock records ever made, and a copy like this is proof. The best copies are extremely transparent and silky sounding, but with unbelievably punchy, rock solid bass and drums. I would say the sound of the rhythm section of this album ranks up there with the very best ever recorded. Beyond that, the musical chops of this band at this time rank with the very best in the history of rock. Steve, Bruce and Pete rarely get the credit they deserve for being one of the tightest, liveliest backing bands ever to walk into a studio.

The song Oliver’s Army on the first side is a perfect example of what I’m talking about. Rock music doesn’t get much livelier than that. Skip on down to Green Shirt for another track that’s as punchy as they come.

This album comes complete with a 7″ EP “Live At Hollywood High” which features EXCELLENT live performances of Watching The Detectives, Accidents Will Happen and Alison – three of Costellos’s best songs.

In contrast to the stripped-down pop and rock of his first two albums, Armed Forces boasted a detailed and textured pop production, but it was hardly lavish. However, the more spacious arrangements — complete with ringing pianos, echoing reverb, layered guitars, and harmonies — accent Costello’s melodies… It’s a dense but accessible pop record and ranks as his third masterpiece in a row.