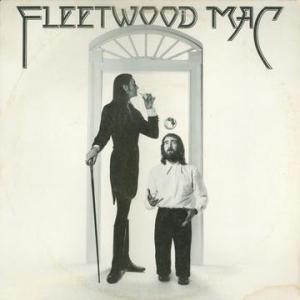 Folks, it doesn’t get any better than this. This song is PURE POP PERFECTION. This is our favorite test track for side one. Christine’s voice needs to be present and immediate, while at the same time completely free from grain or artificial EQ. On the best copies she is breathy and sweet. In case you haven’t noticed, these are not qualities you hear often in the songs Christine sings lead on. Most of her vocals are veiled and farther back in the mix. Stevie Nicks tends to get better sound for some reason, don’t ask me why. Just listen to the sound of the vocals on Landslide; McVie never gets that kind of presence and immediacy.

Beyond the sound of the vocals, there are tons of subtle production effects throughout the song which can only be heard on the most transparent copies. We played this song dozens and dozens of times over the course of our shootout and kept hearing more and more nuances in the production. Buckingham is a pop genius; his work on this album and Rumours cannot be faulted. The better the pressing the more you can appreciate all the elements he has built into these wonderful recordings.

On the best copies this track is silky sweet, airy, open and spacious, yet still present and immediate. It’s not bright; the tonal balance is Right On The Money. Here all the nuances really come to life.

You’ll quickly realize that this is more than a great pop album; it’s nothing short of a landmark in pop music production. With so much going on, you really need a copy that offers the kind of transparency that only the best LPs have in order to fully appreciate everything that went into these songs.

Over My Head
Crystal

Say You Love Me

As rich and sweet and tubey magical as any Fleetwood Mac song ever recorded. This side starts out with a bang and only gets better. The first two tracks on this side really show this band firing on all cylinders.

There is unbelievable transparency to be found on the best copies, and this track is a great test for that quality. You can practically feel the cool air in the studio. Listen especially at the end of the song for the subtle guitar effects. This song is a masterpiece, a real high point for side two. Notice how the first two tracks on side two mirror those on the first side. This band likes to come out swingin’ as soon as you drop the needle.