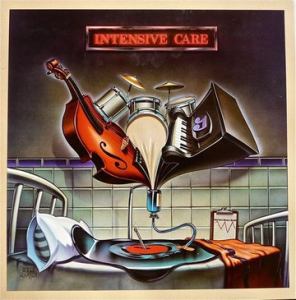 This record probably doesn’t have the reputation it deserves because it came out on the Discwasher label, which to my knowledge, only made one good record, this one. The same metalwork would have been used to make the version Pausa released, and that fairly common pressing may be virtually identical to this Discwasher pressing. END_OF_DOCUMENT_TOKEN_TO_BE_REPLACED

Hey, the records being marketed to audiophiles these days may have second- and third-rate sound, but at least now they have good music That’s progress, right?

An awful Direct to Disc recording. The bad sound and pointless music — this is the kind of crap we newbie audiophiles used to put up with back in the ’70s before we had anything resembling a clue — means that it clearly belongs in only one place on our site: the Hall of Shame,

Imagine a Three Blind Mice piano date recorded Direct-to-Disc — that’s the sound of this album. This is one of the few audiophile records worthy of the name. It’s also five times as rare as Blues to East and the music is better. There are two Stevie Wonder songs given a wonderful piano trio arrangement here that are just out of this world.

This group plays with tremendous vigor. They really swing and are tight as a drum. On this album there’s almost none of that “introspective noodling jazz” that the Japanese are infamous for. I love Midnight Sugar as much as the next guy, but too much of that style of music is wearying.

Yamamoto’s Trio wants to show that it can play good old-fashioned straight ahead American lively piano jazz with the best of them. And they can. You will also be hard pressed to find better sound for a small ensemble like this. Since Rudy Van Gelder was not particularly adept at recording the piano, many of the great pianists cannot be heard properly on Prestige, Blue Note and other original label recordings. END_OF_DOCUMENT_TOKEN_TO_BE_REPLACED

Hot Stamper Pressings of Get Yer Ya-Ya’s Out! Available Now

Just a quick note to thank you for the extraordinary copy of “Get Yer Ya-Ya’s Out.” I won’t enumerate all the remarkable qualities of the pressing since you know them well. I’ll just say that I haven’t felt better listening to an album in decades. What a remarkable experience.

By the way, since I bought this as a birthday present for my brother please let me know if another copy of equal or better quality becomes available. You know how this copy made my Londons and Japanese pressing sound. END_OF_DOCUMENT_TOKEN_TO_BE_REPLACED 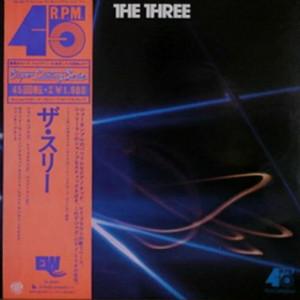 If you want to hear the full six tunes recorded by The Three at that famous Hollywood session (which ran all day and long into the night, 4 AM to be exact), these 45 RPM pressings are the best way to go. The music is so good that I personally would not want to live without the complete album. The Three is, in fact, my favorite Piano Trio Jazz Album of All Time; every one of those six tracks is brilliantly arranged and performed (if you have the right takes of course; more about that later). END_OF_DOCUMENT_TOKEN_TO_BE_REPLACED

This EMI 45 RPM Japanese Import 2 LP set with the OBI strip and Little Sign Of Play (LSOP) is widely considered one of the great Planets, but it’s not, based on our playing of a copy we had years ago, which means it belongs in our Hall of Shame.

The best copies on British or Dutch EMI vinyl are clearly better than this “audiophile” pressing. What else is new?

END_OF_DOCUMENT_TOKEN_TO_BE_REPLACED

This is a Minty looking Verve Japanese Import LP. It’s not competitive with the best domestic pressings but you could definitely do worse. Trying to find domestic copies that aren’t trashed is virtually impossible, so if you’re a click and pop counter, this copy may be the ticket! Stan Getz is a truly great tenor saxophonist, the cool school’s most popular player. This LP is all the evidence you need. Side 1 has those wonderfully relaxed Brazilian tempos and the smooth sax stylings of Stan Getz.

Side two for me is even more magical. Getz fires up and lets loose some of his most emotionally intense playing. These sad, poetic songs are about feeling more than anything else and Getz communicates that so completely you don’t have to speak Portugese to know what Jobim is saying. Call it cool jazz with feeling.

This review was written about twenty years ago, so take it with a grain of salt.

This Philips LP is one of the rarest and best jazz Direct Discs. Philips recorded only a handful of titles using the Direct-to-Disc process, and almost all of them are excellent.

These are pretty rare these days and hard to find in such nice condition like this. If you can, check out the two Yamamoto titles as well. On the right system this is a real Demo Disc.

Side one is a 15 minute long version of A Night In Tunisia. The band is really cooking and the sound is DYNAMIC as all get out. Side two has a nine minute plus long version of Moanin’, followed by Blues March. END_OF_DOCUMENT_TOKEN_TO_BE_REPLACED 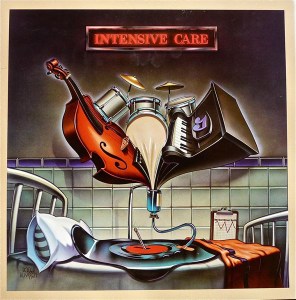 This Discwasher Direct-to-Disc LP pressed in Japan is one of my all time favorite Direct-to-Discs. Piano trio doesn’t get much better than this.

This is an outstanding recording, comparable to my favorite piano trio of all time: The Three. The playing is extremely energetic and involving. The sound is some of the best I’ve heard. The engineering is by Phil Schier, who also recorded another favorite direct disc of mine, Friendship.

This record probably doesn’t have the reputation it deserves because it came out on the Discwasher label, which to my knowledge, only made one good record, this one. The same metalwork would have been used to make the version Pausa released, and that fairly common pressing may be virtually identical to this Discwasher pressing.

If you want a good jazz Direct to Disc, you would be hard pressed to find one better than this. END_OF_DOCUMENT_TOKEN_TO_BE_REPLACED