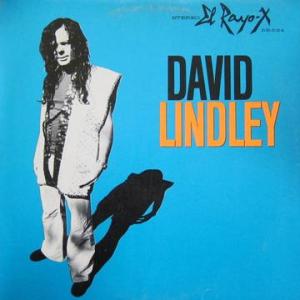 Fortunately for us audiophiles, this album catches him before the overly-processed, digital drums and digital echo “sound of the ’80s” had gotten into his blood. (Just play any of the awful Don Henley records he made to hear what we mean.) This record still sounds ANALOG, and even though it may be 1981 and mostly transistorized, the better copies display strong evidence of TUBES in the recording chain.

What We’re Listening For on El Rayo-X

By the time David Lindley made his move to a solo career, he was already a legend. Having toured and recorded with such names as Jackson Browne, Linda Ronstadt, and Crosby & Nash, his reputation as a multi-instrumentalist (on almost any stringed instrument) was awesome… his debut album is an absolute joy. Lindley’s version of “Mercury Blues” became an FM radio staple, and his slide guitar performances on this track alone are easily some of the finest of the decade. There are some wonderfully skewed originals on the record as well, making El Rayo-X one of the greatest rock music albums of its time. Fabulous.