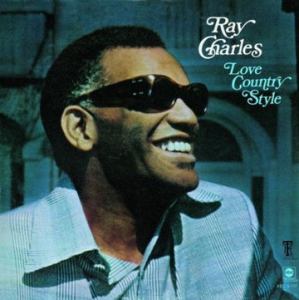 *NOTE: On side one, about an eighth of an inch into track five, a stitch plays lightly on and off about 15 times.

Nothing unusual for ABC vinyl from 1970!

This vintage LP has the kind of Tubey Magical Midrange that modern pressings rarely begin to reproduce. Folks, that sound is gone and it sure isn’t showing any sign of coming back.

Having done this for so long, we understand and appreciate that rich, full, solid, Tubey Magical sound is key to the presentation of this primarily vocal music. We rate these qualities higher than others we might be listening for (e.g., bass definition, soundstage, depth, etc.). The music is not so much in the details in the recording, but rather in trying to recreate a solid, palpable, real Ray Charles singing live in your listening room. The best copies have an uncanny way of doing just that.

What We’re Listening For on Love Country Style

Love Country Style is my favorite album of all time. The whole ”of all time” sounds a little silly I know but I think everyone has an all time favorite everything if they think – or in some cases – don’t think about it.

This album Ain’t ”Country”. I expect that was a title bestowed upon this work by some music exec who either retired long afterwards rich or very soon after, poor. Rather than break down the work song by song imagine the whole piece as one that croons, that pops with occasional horns and timely background vocals.

Some traditional titles (I know I said I wouldn’t break it down) morph into a slower jazzier genius that must have surprised writers such as June Carter Cash. Ray’s particular style can’t betray the fact that he is singing through pain we curiously hear but (years later) find we don’t want to identify with. Later, on Side Two the songs are more hopeful but the album as a whole must come full circle.