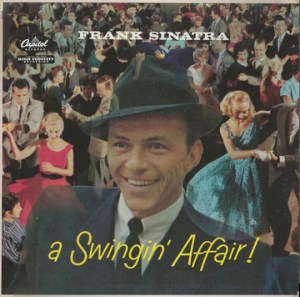 This vintage Capitol Mono LP has the kind of Tubey Magical Midrange that modern pressings cannot BEGIN to reproduce. Folks, that sound is gone and it sure isn’t showing any sign of coming back.

What We’re Listening For on A Swingin’ Affair

The Lonesome Road
At Long Last Love
You’d Be So Nice To Come Home To
I Got It Bad And That Ain’t Good
From This Moment On
If I Had You
Oh! Look At Me Now