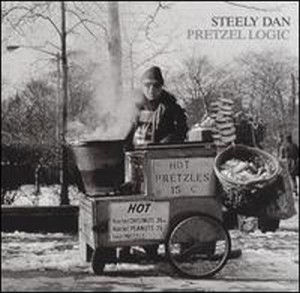 This original ABC Stereo pressing has the kind of Tubey Magical Midrange that modern records can barely BEGIN to reproduce. Folks, that sound is gone and it sure isn’t showing signs of coming back. If you love hearing INTO a recording, actually being able to “see” the performers, and feeling as if you are sitting in the studio with the band, this is the record for you. It’s what vintage all analog recordings are known for — this sound.

This is one knockout recording. After having done shootouts for every Steely Dan title, I can say that in their canon Pretzel Logic has no equal, not for sound quality anyway.

Which is really saying something, since Becker and Fagen are known to be audiophiles themselves and real sticklers for sound. No effort in the recording of this album was spared, that I can tell you without fear of contradiction. They sweated the details on this one.

Side one is very hard to find with good sound and quiet vinyl. The sonic and play grades are more often than not higher on side two. Why that is we have no idea.

The richness, sweetness and freedom from artificiality are most apparent on Pretzel Logic where you most always hear it on a pop record: in the biggest, loudest, densest, most climactic choruses.

It’s almost always the toughest test for a pop record, and it’s the main reason we play our records loud. The copies that hold up through the final choruses of their album’s largest scaled productions (Rikki Don’t Lose That Number on side one, Pretzel Logic pm side two) are the ones that provide the biggest thrills and the most emotionally powerful musical experiences one can have. Our Top 100 is full of the kinds of records that reward listening at loud levels.

We live for that sound here at Better Records. It’s precisely what vintage analog pressings do well. They do it so much better than any other medium that there is really no comparison, and, as of this writing, certainly no substitute. If you’re on this site you already know that.

What We’re Listening For on Pretzel Logic

You would never know how well recorded this album is by playing the average pressing. Most copies we played in our shootout were dull, compressed and dead as the proverbial doornail.

And how can you possibly be expected to appreciate the music when you can’t hear it right? The reason we audiophiles go through the trouble of owning and tweaking our temperamental equipment is we know how hard it is to appreciate good music when it sounds bad. Bad sound is a barrier to understanding and enjoyment, maybe not to the general public, but it sure is to us audiophiles. The typical copy of this album is veiled, compressed and murky. Who enjoys that kind of sound?

Now does everybody need to spend the big bucks we charge for Pretzel Logic? Of course not. It makes no sense to spend that kind of dough unless you LOVE the music. You don’t pay that kind of money for a record that just gets filed away on a shelf.

But for a record that sounds this good and has music this powerful and involving, it’s clearly worth the hundreds of dollars you might spend because you’re going to play this record — and enjoy the hell out of it — for the rest of your life. That’s a lot of plays and a lot of enjoyment.