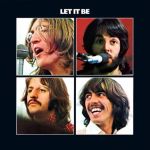 But there is no studio space; the song was recorded on Apple’s rooftop. The “space” has to be some combination of “air” from the live event and artificial reverb added live or later during mixing. Whatever it is, the copies with more resolution and transparency show you a lot more of “it” than run-of-the-mill pressings do (including the new Heavy Vinyl, which is so airless and compressed we gave it a grade of F and banished it to our Shame Hall).

On the line after “All I want is you”, the energy of “Everything has got to be just like you want it to” should make it sound like The Beatles are shouting at the top of their lungs. If you have the right pressing they really get LOUD on that line.

Our Approach to Audio

Over the years we have put literally thousands of hours into our system and room in order to extract the maximum amount of information, musical and otherwise, from the records we play, or as close to the maximum as we can manage. Ours is as big and open as any system in an 18 by 20 by 8 room I’ve ever heard. (I can’t compete with bigger rooms and higher ceilings; it’s a glorious sound but custom room additions are just way out of our budget.)

It’s also as free from colorations of any kind as we can possibly make it. We want to hear the record in its naked form; not the way we like it to sound, or want it to sound, but the way it actually does sound. That way, when you get the record home and play it yourself, it should sound the way we described it.