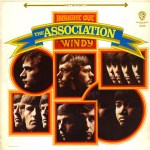 Presenting another entry in our extensive Listening in Depth series with advice on what to listen for as you critically evaluate your copy of Insight Out. Here are some albums currently on our site with similar Track by Track breakdowns.

This is an interesting track, one I never fully appreciated before. It sounds just like the Mamas and the Papas! Perhaps Bones Howe, the man who recorded both groups, had something to do with the crossover harmonies and similiar arrangements. Either way, it’s one of the stronger songs on the album.

We Love Us
When Love Comes to Me
Windy

Windy never sounds quite as good as the other tracks; we suspect it may have an extra generation of tape. They might have added something after the final mix which resulted in another piece of tape between us and the music — too bad because it’s such a great song! Everything around it is more alive sounding, so what else could it be?

Still, on the best copies you will hear sound far superior to what you remember hearing on the radio, that’s for damn sure.

This is actually the best sounding track on the album. Those of you with better front ends will be astonished at the quality of the sound found on the best copies. It is the very definition of Tubey Magic. If you have a skeptical neighbor or friend who doesn’t know what this Old School Analog Foolishness is all about, sit him (or her) down and drop the needle on Never My Love.

If the stereo is up to it, and you have the right copy of the record (this one will do nicely), you will be demonstrating the kind of magic no digital media in the history of the world will ever manage to reproduce.

And you don’t need tubes to do it. The Tubey Magic is on the tape, it’s on the record (when you get a good one), so all you have to do it play it right.

Easier said than done but what in audio isn’t?

Happiness Is
Sometime
Wantin’ Ain’t Gettin’
Requiem for the Masses

Insight Out is an enjoyable folk-rock album with a few digressions into garage punk, novelty tunes, and psychedelia, all displaying much of what the group did best. The harmonies and choruses are among the most beautifully textured singing in a rock outfit this side of the Beach Boys, while the playing is engaging.

Insight Out was done somewhat in the shadow of Harpers Bizarre’s experimental “Feelin’ Groovy” single — the opening number, “Wasn’t It a Bit Like Now,” was an exercise in nostalgia similar to the later successful songs of Harpers Bizarre. “On a Quiet Night” and “We Love Us” are folk-rock ballads on which the group’s harmonies are the highlight, while “When Love Comes to Me” is a breezy little mood piece that resembles a slightly more ornate cousin to Simon & Garfunkel’s “Punky’s Dilemma.”

In that company, the number one single “Windy” (the presence of which helped drive up sales of this album) sounds almost heavy and hard-rocking. It and the accompanying single, “Never My Love” (which was later a hit for the 5th Dimension), are the strongest tracks here.