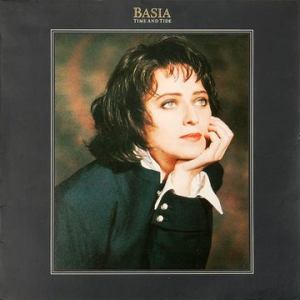 Man, here is the Audiophile Pop Sound we go absolutely CRAZY for here at Better Records. Toto Shmoto, THIS is Pure Pop for Audiophile Now People like nothing you have ever heard.

You will have a very hard time finding another modern recording (this one is from the ’80s so those of you who don’t like synths steer clear) with the kind of formidable MIDRANGE POWER heard here.

It must be on the tape, right? Who knew?! Somehow it managed to make it to the record.

Demo disc qualities? Too many to list! Spacious, rich, present, punchy bass, yada yada yada, you know all our favorites by now I’m sure. They’re all here and more.

Basia (nee Barbara Trzetrzelewska) exploded on the scene with this outstanding debut. Songs like New Day For You and Promises were all over AOR radio, which made me immediately dismiss her as a TOP 40 One-or-Two-Hit-Wonder, but I was wrong. This whole album is overflowing with cleverly arranged, beautifully sung, well-written popular songs about the stuff pop songs are mostly written about: love.

Her one Killer Pop Song for the Ages is here: Time and Tide. If you aren’t impressed by the complexity and sheer length of the melody line, then you are one hard-to-please pop person. That song ranks up with the greatest Three Minute Wonders ever produced.

The CBS Gold CD of the album is far better than the stock copy I own, and actually quite good. But it sure won’t sound like this.

This vintage Portrait/CBS pressing has the kind of Tubey Magical Midrange that modern records can barely BEGIN to reproduce. Folks, that sound is gone and it sure isn’t showing signs of coming back. If you love hearing INTO a recording, actually being able to “see” the performers, and feeling as if you are sitting in the studio with the band, this is the record for you. It’s what vintage all analog recordings are known for — this sound.

What the best sides of Time and Tide have to offer is not hard to hear:

What We’re Listening For on Time and Tide

Wisely going only by her first name, Polish-by-way-of-England pop singer Basia Trzetrzelewska (“pronounced Basha Tshetshelevska”), joined by her musical partner Danny White, steps out of the band Matt Bianco to launch her solo career with Time and Tide. She and White create a series of keyboard-based dance-pop arrangements to support her smooth alto. This is sophisticated pop music that sounds ideal for playing in any number of upholstered locations — a black-tie cocktail party, a fashion-show runway, the back seat of a limousine.

Basia’s lightly accented voice adds an exotic flavor to the Euro-disco style of the music. By dedicating a song to “Astrud,” she gives away her intention to be another Astrud Gilberto, but despite declaring in “New Day for You,” “I am here, your femme fatale,” she isn’t really the ice queen that Gilberto was. Actually, “From Now On,” which finds her singing over an acoustic guitar, with a luxurious saxophone solo wafting in later on, is closer to “The Girl from Ipanema” than the song written for Gilberto…