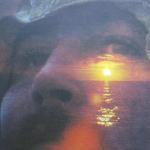 We applaud TAS’s decision not to add the Classic pressing of this title to the list, the way they foolishly have with so many other Classic pressings that have no business being on anything called a Super Disc list.

Those of you who’ve played a sufficient number of copies of the album surely know that side one has a marked tendency to be darker and duller than side two. Finding a good side one is five times harder than finding a good side two. If your copy sounds recessed and lacks extension up top, don’t feel bad. Most of them do.

(By the way, the first track has that “home recording” sound and always sounds weak compared to the rest of this album. Don’t expect any wonders. As a wannabe hit single, peaking at #95 on the charts, it may even be sourced here from a dub of the real master tape. That shit happens.)

Your Reward Awaits You

As you may have read elsewhere on the site, records like this are the reward for owning the right stereo equipment and having it properly tweaked. There is no way in the world I could have played this album 20 years ago remotely as well as I can now. It only makes me appreciate the music even more.

We all owe a debt of gratitude to the superbly talented recording engineer on this project, Stephen Barncard (American Beauty, Deja Vu, Tarkio, etc.). This album is without a doubt his masterpiece. It fully deserves its standing as one of the Ten or Twenty Best Sounding Rock Recordings of All Time.

Here are some Hot Stamper pressings of TAS List titles that actually have audiophile sound quality, guaranteed. And if for some reason you disagree with us about how good they sound, we will be happy to give you your money back.

Here are some others that we do not think qualify as Super Discs.

Music Is Love
Cowboy Movie
Tamalpais High (At About 3)
Laughing

David Crosby’s debut solo album, If I Could Only Remember My Name is a one-shot wonder of dreamy but ominous California ambience. The songs range from brief snapshots of inspiration (the angelic chorale-vocal showcase on “Orleans” and the a cappella closer, “I’d Swear There Was Somebody Here”) to the full-blown, rambling western epic “Cowboy Movie,” and there are absolutely no false notes struck or missteps taken. No one before or since has gotten as much mileage out of a wordless vocal as Crosby does on “Tamalpais High (At About 3)” and “Song With No Words (Tree With No Leaves),” and because the music is so relaxed, each song turns into its own panoramic vista… Not only is it among the finest splinter albums out of the CSNY diaspora, it is one of the defining moments of hungover spirituality from the era.

We Was Right (After We Was Wrong)

These stampers are different from the ones I used to think were the best about ten or twelve years [make that twenty or thirty] ago. For a long time I didn’t play this record, and then a while back, when this whole Hot Stamper thing took off, I grabbed my personal hot copy and a bunch of others, cleaned them up and did a big shootout.

As is so often the case, I discovered that my previous conclusions had to be reexamined in the light of contrary evidence. (This is, after all, a science. Or is it an art? I can never keep those two straight.) The stampers I used to like were still wonderful, but these “new” stampers were even more magical. These particular pressings have a transparency and delicacy that my old system, as good as it was, simply wasn’t capable of resolving.

After even more upgrades to the room and the stereo, we couldn’t be sure that these magical stampers would still be the best. After shooting out nearly a score of top contenders, we checked out the dead wax on the champions and saw that our most recent favorite stampers were still the king. (As we noted before, the person listening to the record never knows which actual pressing is playing, which we feel helps to keep everybody honest. In audio you can convince yourself of anything if you want it to be true badly enough.)