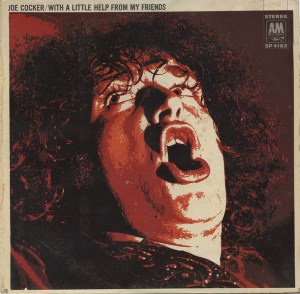 Joe Cocker’s debut album holds up extraordinarily well across four decades, the singer’s performance bolstered by some very sharp playing, not only by his established sideman/collaborator Chris Stainton, but also some top-notch session musicians, among them drummer Clem Cattini, Steve Winwood on organ, and guitarists Jimmy Page and Albert Lee, all sitting in…

…the surprises in the arrangements, tempo, and approaches taken help make this an exceptional album. Tracks like “Just Like a Woman,” with its soaring gospel organ above a lean textured acoustic and light electric accompaniment, and the guitar-dominated rendition of “Don’t Let Me Be Misunderstood” — the formal debut of the Grease Band on record — all help make this an exceptional listening experience.