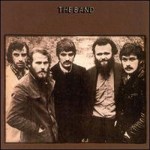 Flat, compressed, no top end, no Tubey Magic, this is Ron McMaster’s work at its worst, helped along by the fact that he does not have the original master tape or even a copy of it to work with, but instead the new remix that was made a few years back because the original tape had been lost. And somehow reviewers like it!

When you see that little RM in the dead wax of one of these new Heavy Vinyl reissues, you should get the sinking feeling that there’s a very good chance you’ve just flushed your money down the toilet.

There ought to be a warning label on the jacket: Mastered by Ron McMaster. On some records there is! I saw one not long ago with his mastering credit right on the front of the jacket.

It’s only a warning to those of us familiar with his work of course. The general public, and that includes the general audiophile public, probably won’t have much of a problem with the sound of this record or anything else he does. He still has his job, doesn’t he? What does that tell you?

A well-known reviewer notes that “…the Capitol LP is very good, believe it or not.”

Well, I don’t believe it, not for a minute. It’s pretty much a joke and I’m guessing that even Hoffman’s new CD would be better. I don’t care much for Hoffmann’s CD, but at least it has a top end. [Addendum 10/2013: I can’t stand it as a matter of fact. Badly lacks weight and warmth, which is what the RL vinyl has going for it in spades.]