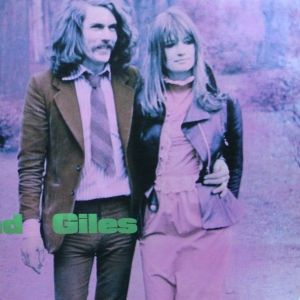 Brian Humphries engineered the album, and although you may not be all that familiar with his name, if you’re an audiophile you know his work well. Take a gander at this group:

Two are of course on our Top 100 Rock and Pop List, and all four — five if you count McDonald And Giles — qualify as State of the Art Rock Recordings from the era.

This vintage Island pressing has the kind of Tubey Magical Midrange that modern records rarely even BEGIN to reproduce. Folks, that sound is gone and it sure isn’t showing signs of coming back. If you love hearing INTO a recording, actually being able to “see” the performers, and feeling as if you are sitting in the studio with the band, this is the record for you. It’s what vintage all analog recordings are known for — this sound.

What We’re Listening For on McDonald and Giles

Suite In C (Including Turnham Green, Here I Am And Others)
Flight Of The Ibis
Is She Waiting?
Tomorrow’s People – The Children Of Today

Following the meltdown of the original King Crimson lineup, Ian McDonald and Michael Giles brought brother Peter Giles back, which helps to account, in some ways, for the resemblance of this album to the 1968 Giles, Giles & Fripp recordings…

The main attraction is really the performances turned in by McDonald and the Giles brothers — they all sound fabulous, even when waffling musically, while Michael Giles has a unique drum tone that never has been duplicated (Giles himself abandoned the sound for his later career in Jackson Heights and as a session drummer). Peter Giles returned to the accounting trade, alas, while Ian McDonald eventually wound up as part of Foreigner, which is another tale entirely.