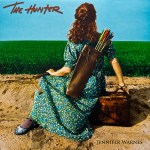 A Hall of Shame pressing from Cisco/Impex/Boxstar.

Some of the worst sound I have ever heard in my life. An absolute disgrace, both sonically and musically.

If you like your Heavily Processed Big Production Pop [1] to sound as unnatural as possible, this is the album for you.

Not one instrument sounds remotely like it should, and that is surely an insult to audiophiles of every stripe.

The problem was that so many self-identified audiophiles did not seem bothered by the execrable sound, certainly not the way we were.

Oh, but it’s on vinyl! That surely solves all the problems with the recording.

Yes, the CD was bad, but the vinyl was no better. I had them both and couldn’t stand either of them.

[1] Note that some of our favorite records are on this list. Yes, they are heavily-processed, “unnatural” recordings, but the engineers, producers and artists who worked on these albums were attempting to create a unique sound for the music they were making, not recreate one, and in many cases the results of their efforts are some of the most powerful and musical albums we’ve ever played.

Romantic Warrior, like The Beatles’ amazing Revolver from ten years before, is a sonic extravaganza created entirely in the studio. It never intended to be a live jazz performance. The goal was to create the biggest, boldest, hardest rocking Jazz/Rock Fusion Album Ever Made, and in that effort we think it succeeds brilliantly. We know of none better.

It is her Masterpiece, a Core Collection record, and a clear case of One and Done.

When you have a good copy of Famous Blue Raincoat, you have all the Jennifer Warnes you will ever need.

Here are some of reviews and commentaries for the many Heavy Vinyl pressings we’ve played over the years, well over 200 at this stage of the game. Feel free to dig in.

Even as recently as the early 2000s we were still somewhat impressed with many of the better Heavy Vinyl pressings. If we had never made the progress we’ve worked so hard to make over the course of the last twenty plus years, perhaps we would find more merit in the Heavy Vinyl reissues so many audiophiles collect.

Setting higher standards — no, being able to set higher standards — in our minds is a clear mark of progress. Judging by  the letters we receive, especially the ones comparing our records to their Heavy Vinyl and Half-Speed Mastered counterparts, we know that our customers see things the same way.