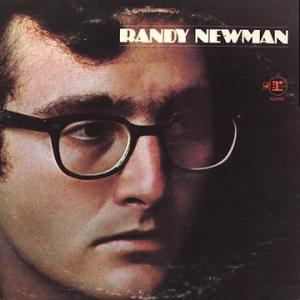 One of the top guys at Warners, Lee Herschberg recorded and mixed this album (along with Bruce Botnick, Donn Landee et al.) as well as a number of others by Randy Newman. You’ll also find his name in the credits for many of the best releases by the Ry Cooder, The Doobie Brothers, Gordon Lightfoot and Frank Sinatra, albums we know to have outstanding sound (potentially anyway; you have to have an outstanding pressing to hear outstanding sound).

What We’re Listening For on Randy Newman

“Randy Newman creates something new under the sun,” read the banner on the back of Newman’s debut album, but it was more that, in keeping with the intended irony of the statement, Newman was intent upon taking clichés and using them to satirize social conventions, a popular parlor game in the late ’60s. Thus, we have “Love Story” (predating the sappy book/movie of the same title), in which the lovers retire to Florida and pass away, “So Long Dad,” in which a son squares things with his old man, and “Davy the Fat Boy,” in which an affectionate friend exploits the title character. But there were also songs like “Living Without You” and “I Think It’s Gonna Rain Today,” which were so painfully lonely you wished they weren’t so sincere. Taken together, this was an audacious first album by a major, if extremely quirky, talent.