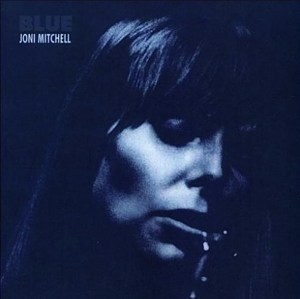 In March of 2007 we remarked that we would not be carrying the new 180 gram Rhino pressing of Blue. We noted at the time:

Since Kevin and Steve are [perhaps erstwhile] friends of mine I won’t belabor its shortcomings. Let’s just say I think you can do better.

The following is an excerpt from our first successful Hot Stamper shootout back in 2007. Blue has only gotten better — dramatically better, if I may be so bold — since then.

The copy of Blue we are offering today is one of the few that sounded good before. Now it sounds really good. It got much quieter after applying some of our new cleaning techniques, and the sound became even warmer, richer, sweeter and more transparent.

Both sides sound wonderful — rich, sweet, and delicate. The warmth, breath, and presence of Joni’s vocals take this copy to a place light years beyond the typical copy, not to mention any reissue. The guitars sound amazing, particularly on side two, and the piano has weight without hardness. There’s tons of energy and lots of ambience, plus real depth to the soundfield — you really hear INTO this copy. Try that with your Rhino LP.

The best pressings (and better playback equipment) have revealed nuances in this recording — and of course the performances of all the players along with it — that made us fall in love with the music all over again. Of all the tough nuts to crack, this was the toughest, yet somehow copies emerged that allowed us to appreciate the sonic merits of Blue and ignore its shortcomings. Hot Stampers have a way of doing that. You forget it’s a record; now it’s just Music. The right record and the right playback will bring Blue to life in a way that you cannot imagine until you hear it. That is our guarantee on Blue — better than you ever thought possible or your money back. 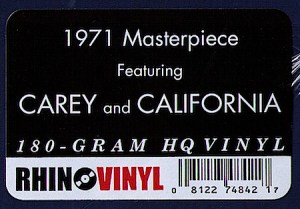