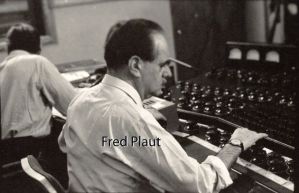 Reviews and Commentaries for the Recordings of Fred Plaut

Fred Plaut is one of our favorite recording and mixing engineers. Click on the link to find our in-stock Fred Plaut engineered or produced albums, along with plenty of our famous commentaries.

Plaut engineered sessions for what would result in many of Columbia’s most famous albums, including the original cast recordings of South Pacific, My Fair Lady, and West Side Story, jazz LPs Kind of Blue and Sketches of Spain by Miles Davis, Time Out by Dave Brubeck, Mingus Ah Um and Mingus Dynasty by Charles Mingus.