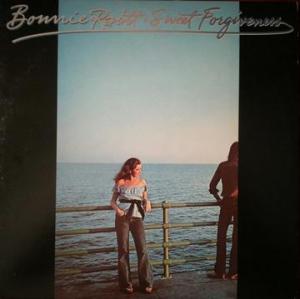 (A good copy of The Pretender is an amazing Demo Disc that will put 99% of all the rock records you’ve ever played to shame. But the truly Hot Stamper pressings are few and far between, so most audiophiles have no idea how well recorded that album is.)

The vocal dynamics here are some of the best I have ever heard. We’re not used to hearing singers get loud on pop records. Normally the compressors prevent that from happening, and even most copies of this record do not have the dynamics that this one does. You will need a high-quality front end to track this LP, that I can assure you.

And the last quarter inch or so of side one might possibly have some distortion on the vocal peaks, as well as track three on side two, which also gets quite loud. These may not actually be groove damage; sometimes the cutting engineer is at fault and sometimes the cutting equipment may not be up to the job of putting so much energy into those slower spinning inner grooves.  We much prefer lively records to compressed ones, and sometimes overcutting is the price you have to pay.

What We’re Listening For on Sweet Forgiveness

The three most consistent and enjoyable albums from her Warner Brothers period are this, Nine Lives and Home Plate (the album that preceded this one). All are Must-Owns if you’re a Bonnie Raitt fan. Sweet Forgiveness is probably her most consistent album, and quite possibly her masterpiece. It strikes me as being the truest reflection of Bonnie Raitt’s musical talents. Her Capitol period albums, as good as they are, don’t have this kind of heart and they certainly don’t have this kind of energy.

Turn Up Your Volume

This is a classic case of a record that really comes alive when the levels are up. It’s so free from distortion and phony processing it wants to be played loud, and that’s the level this music works at. It’s the level it was no doubt mixed at, and that mix sounds pretty flat at moderate levels. If you want to hear the real rockin’ Bonnie Raitt you gots to turns it up!