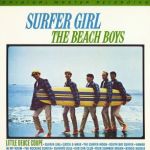 More Recordings that Are Good for Testing Sibilance

I played the MoFi pressing of this record many years ago, some time back in the early ’90s if memory serves, and at the time I could hardly believe that the good people of MoFi would release a record that was so ridiculously SPITTY. The sibilance is positively out of control, the result of their wacky cutting system and phony EQ and who knows what else.

But then I remembered that there has never been a title produced by these people with sound so bad that they would have cancelled its release. {This is a classic case of begging the question. I really have no idea why some of their titles that exist only on test pressing — Pearl for one — never saw the light of day. It is possible that it was cancelled because it sounded worse than even the hard-of-hearing Powers That Be at MoFi could tolerate. Doubtful, but possible.)

The audiophile public was clamoring for remastered pressings of their favorite albums and MoFi saw it as an opportunity to serve them.

In other words, to paraphrase a famous wag, their fans had spoken and now they must be punished.

It started with their execrable remastering of Katy Lied and continued all the way to the turgid muck of the Anadisc series and beyond. Those who have visited our Hall of Shame have seen many of their worst productions on display. If we had more time to write listings for them I’m sure I could come up with double or triple the number that are in there now.