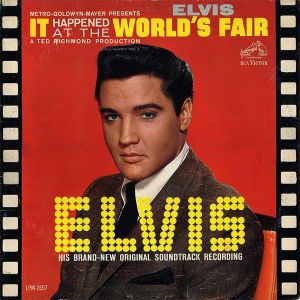 This pressing has the glorious sound of 1963 in its grooves. It has the kind of Tubey Magical Midrange that modern records cannot even BEGIN to reproduce. Folks, that sound is gone and it sure isn’t showing signs of coming back. If you love hearing INTO a recording, actually being able to “see” the performers, and feeling as if you are sitting in the studio with the band, this is the record for you. It’s what vintage all analog recordings are known for — this sound.

Most of the man’s records don’t sound very good on most of the pressings we find, and more often than not the best sounding pressings are just too noisy to be of any real interest to audiophiles. Not so here though, as this was one of the quietest copies we played in our recent shootout.

We know a fair bit about Elvis’s recordings at this point. We’ve searched high and low for his records and played them by the score over the years.