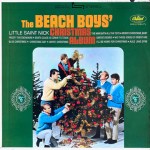 I just had to write in appreciation of a killer Beach Boys pressing I bought from you last year. It’s so funny to me because it’s the Beach Boys Christmas Album, which is the kind of thing I’m sure audiophiles tend to dismiss.

But wow, the sound of the vocals on this thing are just incredible! So much presence and texture in them; and this from a mid-’70s pressing in stereo!

I only wish I could find more sound like this for the Beach Boys, especially from Pet Sounds, but that presents a completely different set of problems I’m sure.

Anyway, I was completely impressed by the A+ sound on these sides. I can only imagine what the White Hot Stamper holds in its grooves.

Thanks for your letter. This is indeed one of the better sounding Beach Boys titles we’ve played. It might even be the best.

Is it surprising that it is a true stereo recording? Not to us it isn’t.

While leader Brian Wilson produced and arranged the rock songs, he left it to Dick Reynolds (an arranger for the Four Freshmen, a group Wilson idolized) to arrange the 41-piece orchestral backings on the traditional songs to which the Beach Boys would apply their vocals.

The album was released in mono and stereo; the stereo mix, prepared by engineer Chuck Britz, would be the last true stereo mix for a Beach Boys album until 1968’s Friends. – Wikipedia 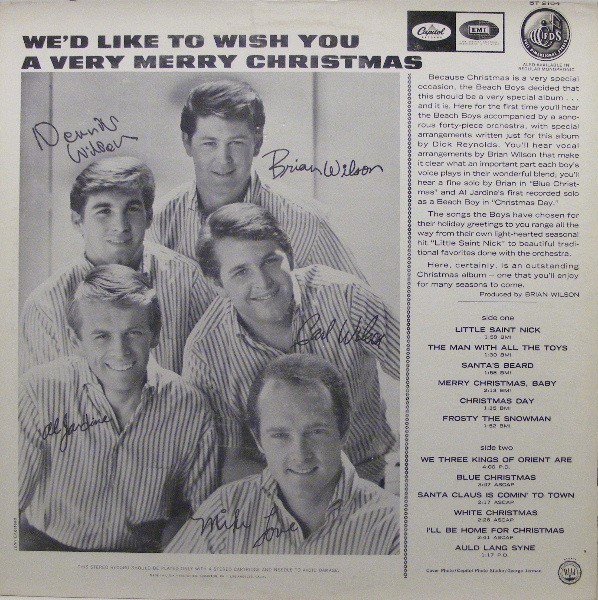