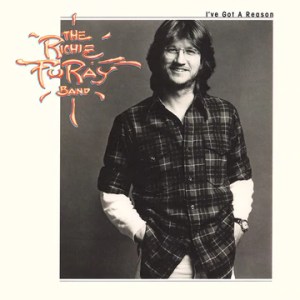 What We’re Listening For On I’ve Got A Reason

Frustrated with watching former bandmates Stephen Stills, Neil Young, Jim Messina, and Randy Meisner shoot up the charts while Poco spent the better part of five years lingering in the second division of the Top 100, Richie Furay decided to leave the group in 1973 following its sixth album, Crazy Eyes. His departure subsequently led to the formation of the country-rock “supergroup,” the Souther-Hillman-Furay Band, for David Geffen’s Asylum Records.

The band came with a great deal of hype, only to end up disbanding after only two records. During his stint with S-H-F, Furay, through his connection with the band’s steel guitarist Al Perkins, became a devout Christian. His pair of songs from their final release hinted at his conversion, but it was his 1976 solo debut, recorded with members of the Christian rock band Love Song, that made it apparent that his references to God were more than just casual ones. Produced by Christian artist, session musician, and soon-to-be Grammy winning producer Michael Omartian, I’ve Got a Reason expands on Furay’s newfound faith, although without the usual ham-fisted rhetoric of a recent convert.

The songs here are more about looking inward than they are about proselytizing. Musically, Furay continues his gradual move away from the country-rock leanings of his past, moving closer to a somewhat slicker, more pop-oriented rock sound. And while many of the tracks — including the AOR of “We’ll See,” the banjo-kick-started rocker “Gettin’ Through,” and the opener “Look at the Sun” — work despite Omartian’s sometimes intrusive production, some otherwise decent songs such as “Mighty Maker” and “Over and Over” suffer, sounding rather silly beneath his heavy-handed strings and bloated synths.

Still, it’s Furay’s clear, emotive tenor, along with his sense of melody and passion for the material, that carries the album. Failing to even break the Top 100, I’ve Got a Reason didn’t change his standing in the pop marketplace, but it remains a strong personal statement for Richie Furay. It was reissued in 1981 by the Christian label Myrhh and in 2003 by Wounded Bird.