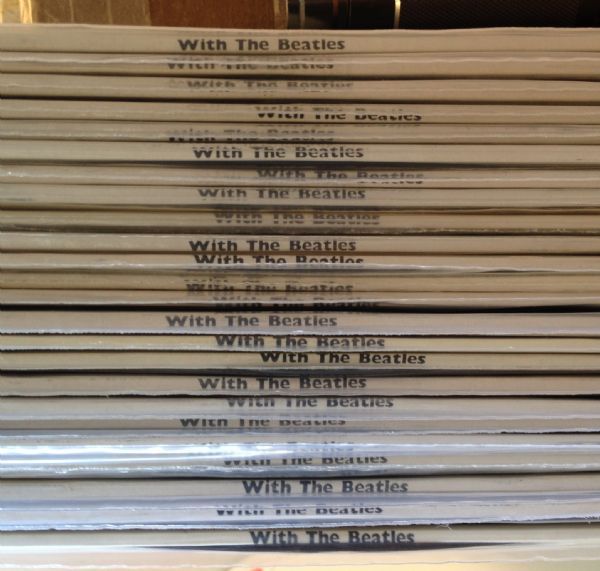 To find the Hottest Stampers it helps to have piles and piles of minty British pressings. And lots of time on your hands. And lots of help. Fortunately, with a staff of ten and nothing else to do all day, we have all three.

This is a tough album to get to sound right, as long-time readers of our site surely know, but on a good copy it can sound wonderful. This one really delivers, with plenty of presence and energy as well as natural, balanced tonality.

So, What’s Out There?

We’ve heard copies that were smeared, murky, muddy, grainy, or all of the above. Almost all of them had no real magic in the midrange. And of course, we heard tons of copies with the kind of gritty vocals that you’ll find all over the average Parlophone Beatles pressing.

So many Parlophone copies would have you think With The Beatles is a gritty, edgy, crude recording — especially if you made the mistake of buying an early pressing.

The early pressings are consistently grittier, edgier and more crude than the later pressings we played.

So much for that old canard “original is better.” When it comes to With The Beatles it just ain’t so, and it doesn’t take a state of the art system or a pair of golden ears to hear it.

The audiophile community seems not to have caught on to the faults of the early Beatles pressings but we here at Better Records are doing our best to correct their all-too-common misperceptions, one Hot Stamper pressing at a time.

Looking for the best sound? Try Till There Was You on side one and You Really Got A Hold On Me on the flipside.