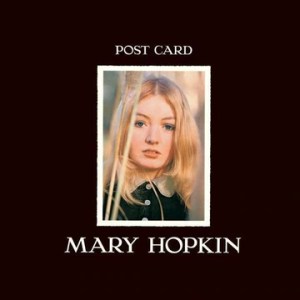 The domestic pressings can sound very good but they can’t sound like this Brit original! This is clearly the master tape; all veils have been lifted, and the ambience and transparency of the soundstage are sublime on both sides.

Paul McCartney produced this debut album of twee but pretty, romantic pop-folk. Besides “Those Were the Days”, the highlights are Donovan’s “Lord of the Reedy River” and “The Honeymoon Song,” which McCartney himself had sung with the Beatles way back in 1963 on the BBC. If there’s a fault to be found, it’s that there’s too high a percentage of pre-rock/pop standards à la “There’s No Business Like Show Business.” As it turns out this was more due to the leanings of McCartney than Hopkin, who preferred the more simply arranged folk numbers such as the Donovan covers and the Welsh “Y Blodyn Gwyn.” Also on board is a rather nice composition, “The Game,” by Beatles producer George Martin, who contributed some piano and orchestra conducting to the album.