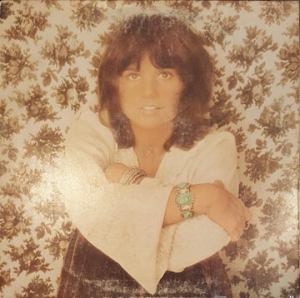 A key to recognizing the best copies is the fact that they tend to be highly resolving. Two places to check:

Note how breathy her voice is in the quiet passages. Only the least smeared, most transparent copies reproduce that breathy quality in her voice.

Next check out the tambourine on Silver Threads and Golden Needles. If the sound is delicate, not gritty or transistory, you have yourself a winner in the resolution department.

Linda’s Recordings in the ’70s

Every copy we played had problems on the last track of side one, Don’t Cry Now. Linda is singing at the top of her lungs practically from beginning to end, so both cutting the record and playing back the record would be difficult. The result: there will be some coarsening of her vocal.

What We’re Listening For on Don’t Cry Now

You’re looking at one of the worst audiophile disasters in recent memory. Talk about dead as a doornail sound, folks, if you own this pressing, take it from us, you don’t know what you’re missing. Buy the next domestic copy you spot at your local record store for five or ten bucks and find out. No way it can sound as bad as this compressed, lifeless, dull “audiophile” record.

In 2008, shortly after the MoFi release of the album we decided not to carry their records anymore. Coincidence? We’ll leave you to draw your own conclusions.

Don’t Cry Now, produced by J.D. Souther, is the Ronstadt album for which we’ve been waiting. Her first for Asylum, it surpasses in almost every respect her excellent Capitol album of last year, revealing Linda’s supreme vocal abilities in a fine production setting.

Of the album’s ten songs, five are familiar: Eric Kaz and Libby Titus’ “Love Has No Pride,” The Eagles’ “Desperado,” Randy Newman’s “Sail Away,” Rick Roberts’ “Colorado” and Neil Young’s “I Believe in You.” Excepting “Sail Away,” Linda’s warm soulful renditions of these songs are definitive musical expositions. Her natural vocal equipment is second to none. Combined with perfect pitch, impeccable phrasing and control, her singing carries a throb that hurts and soothes at the same time, and her feeling for the melodic construction of any given song is always proportionate to its structure.

An example of her ability to elevate a good song to exceptional status is her treatment of “I Believe in You.” While Linda’s version is far less personal than Young’s, she manages to render the song whole. The same holds for her “Desperado.” Here the straightforward yet heartfelt reading lends it a stature that does not require a conceptual context in order for it to work.

The other five cuts include three songs by Souther — “I Can Almost See It,” “Don’t Cry Now” and “The Fast One” — plus Bill Williams’ and Booker T. Jones’ “Everybody Loves a Winner” and Rhodes-Reynolds’ out-and-out country swinger, “Silver Threads and Golden Needles.” While Souther’s songs do not have quite the eloquence of the album’s well-known material, they hold up well, and Linda’s interpretations are as sympathetic as any author could ask.

Don’t Cry Now bears some comparison with Joan Baez’ Blessed Are, in that both albums attempt classic re-creations of familiar songs. Based on this premise, Blessed Are is a qualified success and Don’t Cry Now a triumph. Whereas Baez delivers competent run-throughs, Linda Ronstadt enhances the musical-emotional authenticity of the material. This is the most we can demand of any interpretive artist, and Linda fulfills all expectations.