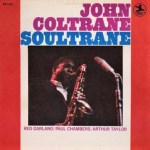 Hot Stamper Titles that Sound Their Best in Mono

It may say stereo on the cover, but this album is pure, glorious MONO, with sound that is full-bodied, relaxed, Tubey Magical and tonally correct.

This is a mono recording that has supposedly been reprocessed into stereo. Rudy Van Gelder did the mastering, and my guess is he decided to leave the sound mono and simply not tell anyone. Who can blame him? He engineered it in mono, so why fix what ain’t broke just because the label decided to print the cover and the label with the word “stereo” in order to generate more sales?

We’re lucky he did. The early OJC reissues of this title are awful, and whatever Heavy Vinyl they’re churning out these days is probably every bit as bad.

Without these excellent ’60s and ’70s reissues, all that we would have available to do our shootouts would be the originals.

At one to three thousand dollars each for clean copies, few of which could ever be found anyway, that makes for a shootout whose costs could never be justified.

So our thanks go to Rudy for doing a good job!

You Say You Care
Theme For Ernie
Russian Lullaby 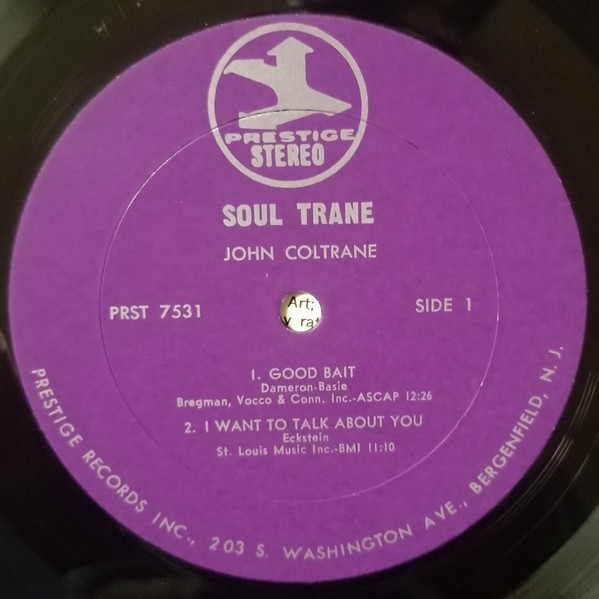 First things first: let’s take it as read that this is a classic of the 20th century jazz canon and an essential point of reference in Coltrane’s own tumultuous career. 1958 found Coltrane recording for Prestige as a leader, having left Thelonious Monk’s quartet and before heading back to Miles Davis’ band to make history on Kind of Blue the following year. Here, he’s hunkered down with the Red Garland Trio (Garland on piano, Paul Chambers on bass, and Arthur Taylor on drums), enjoying the easy interplay that had developed between the musicians over years of playing together, and taking the opportunity to throw out his newly-honed chops. Yes, this is the album on which Coltrane first emerged as the primary innovator of the jazz world, wielding an astonishing technical virtuosity and a blinding vision of the possibilities of the tenor sax.

… anyone who thinks Coltrane is all bluster and aggression would do well to hear “Theme for Ernie”, a plaintive and elegiac ballad written by Fred Lacy in memory of Ernie Henry, the alto saxophonist who died aged 31 in 1957. Here, Coltrane is pure emotion, displaying the same heartfelt intensity of feeling that would so often be mistaken for anger in his later years.

The rest of the album features some equally timeless performances: “I Want to Talk About You”, a classy Billy Eckstine ballad given an exhaustive 10-minute investigation; “You Say You Care”, a high-spirited, finger-snappin’ swinger; and — best of all — “Russian Lullaby”, a blistering, frenzied rendition of an Irving Berlin tune preformed at the very limits of up-tempo possibilities.