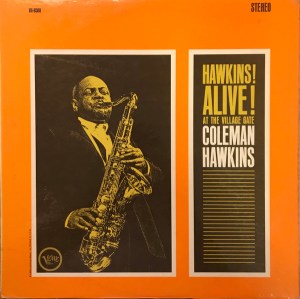 What the Best Sides of Hawkins! Alive! At the Village Gate Have to Offer Is Not Hard to Hear

What We’re Listening For on Hawkins! Alive! At the Village Gate

All The Things You Are
Joshua Fit The Battle Of Jericho

Mack The Knife
Talk Of The Town

The great Hawkins (who debuted on records 40 years earlier) gets to stretch out on this live outing by his 1962 quartet (which also features pianist Tommy Flanagan). . . . Coleman Hawkins in his late 50s was still a powerful force.