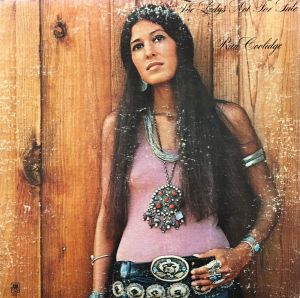 Produced in 1972, the best copies of The Lady’s Not For Sale are rich, smooth and sweet in the best tradition of the ANALOG record.

It would only be a half-dozen or so years until warm, rich analog would go out of style. Those later years were a difficult time for audiophiles like me who liked the pop music of the day but not the pop sound of the day. Heavy-handed processing as well as the overuse of synthesizers and drum effects, with the whole of the production slathered in digital reverb, have resulted in many of the albums recorded after 1980 being all but impossible to enjoy on a modern high-end system.

The pool of well-recorded albums was simply wider and deeper. Great sounding records like this one were made by the hundreds, their numbers falling off precipitously in the decades that followed. Fortunately for us Old School Audiophiles — hard core analog holdouts — we have easy access to the best of the ’70s recordings, still widely available in their original format: the vinyl LP.

Like many of our favorites from the ’70s, this one is not well known in audiophile circles, but we hope to change that with this wonderful sounding pressing. Both the sound and the music are worth your time, and if you find that you don’t agree with us about the music or the sound, feel free to return the record, at our expense even.

Rita Coolidge’s third album is a fine mixture of covers and originals that manages to showcase her fine vocal abilities as well as show off an impressive array of friends.

Booker T. Jones contributes not only his fine flute skills, but also two songs. Noted guitarist and songwriter Marc Benno also lends his impressive, laid-back guitar work all throughout the album. His “Donut Man” adds an air of lazy funk to the proceedings. Bob Dylan’s “I’ll Be Your Baby Tonight” probably gets the most soulful reading, with Coolidge’s take on Leonard Cohen’s “Bird on a Wire” following close behind. Kris Kristofferson is represented at the tail end of the album with the title track. She may not have had the most distinctive of voices, but Coolidge definitely captured the sort of laid-back energy and approach associated with early-’70s country-rock.

If Rita Coolidge’s voice and stellar class of backing musicians aren’t enough to sway you, consider the cover that shows her bedecked in what looks to be several pounds of turquoise, or the gatefold in which she appears pensive, with Stonehenge not too far in the background.