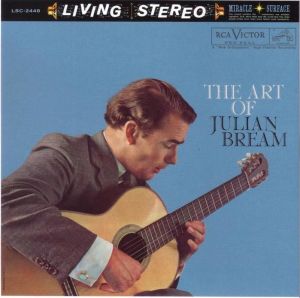 What do we love about this Living Stereo Hot Stamper pressing? The timbre of the guitar is Hi-Fi in the best sense of the word. It’s reproduced with remarkable fidelity. Now that’s what we at Better Records mean by “Hi-Fi”, not the kind of Audiophile Phony BS Sound that passes for Hi-Fidelity these days. There’s no boosted top, there’s no bloated bottom, there’s no sucked-out midrange. There’s no added digital reverb (Patricia Barber, Diana Krall, et al.). The microphones are not fifty feet away from the musicians (Water Lily) nor are they inches away (Three Blind Mice).