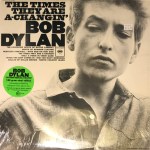 This review was written in 2001, upon the release of the album. It has since be remastered and re-released on Sundazed in 2014. I would take our commentary below with a huge grain of salt.

In 2001 we still liked DCC’s Heavy Vinyl pressings, so we were definitely not where we needed to be in order to judge records properly, but we sure thought we were!

That said, this may be a very good sounding record, and if you can find one for cheap, and don’t have the money for one of our amazing Hot Stamper pressings, it might just be a good way to go. We simply have no way of knowing whether we were right or wrong about the sound of this pressing twenty years ago when we wrote our review.

You can read more about our many, many mistaken judgments from the old days here, under the heading: Live and Learn.

Sundazed finally gets one REALLY right! The mono version here MOIDERS the competition. (It’s a mono recording with stereo echo added — how tough can it be?)

Considering Sundazed‘s dismal track record, I wouldn’t have thought they could do anything right.

[And I can’t even say that I have much confidence that they actually did make a good sounding record in this case!]