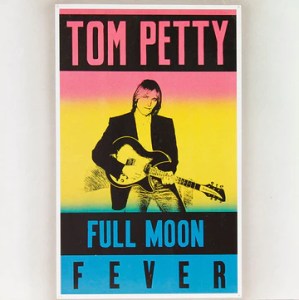 You have not begun to hear how good this record can sound until you play a good import, and this is a very good import indeed.

This original UK pressing has the kind of Tubey Magical Midrange that modern records can barely BEGIN to reproduce. Folks, that sound is gone and it sure isn’t showing signs of coming back. If you love hearing INTO a recording, actually being able to “see” the performers, and feeling as if you are sitting in the studio with the band, this is the record for you. It’s what vintage all analog recordings are known for — this sound.

What We’re Listening For On Full Moon Fever

… the album sounds different from any Heartbreakers record due to the presence of former Electric Light Orchestra leader Jeff Lynne. Petty co-wrote the lion’s share of the album with Lynne, who also is the record’s main producer. In his hands, Petty’s roots rock becomes clean and glossy, layered with shimmering vocal harmonies, keyboards, and acoustic guitars. It’s a friendly, radio-ready sound, and if it has dated somewhat over the years, the craft is still admirable and appealing.

But the real reason Full Moon Fever became Petty’s biggest hit is that it boasted a selection of songs that rivaled Damn the Torpedoes. Full Moon Fever didn’t have a weak track; even if a few weren’t quite as strong as others, the album was filled with highlights: “I Won’t Back Down,” the wistful “A Face in the Crowd,” the rockabilly throwaways “Yer So Bad” and “A Mind with a Heart of Its Own,” the Byrds cover “Feel a Whole Lot Better,” the charging “Runnin’ Down a Dream,” and “Free Fallin’,” a coming-of-age ballad that could be Petty’s best song. Full Moon Fever might have been meant as an off-the-cuff detour, but it turned into a minor masterpiece.