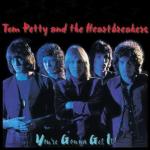 This commentary was written way back in 2011 after playing the best sounding copy of the album we had ever heard up to that point.

For those who may be interested, we offer some unsolicited audio advice toward the end of our review regarding what kind of stereo is not appropriate for Tom Petty’s albums..

This Minty looking Shelter original LP has THE TWO BEST SOUNDING SIDES we have ever heard for this album! It’s a freak in the world of Tom Petty records, which tend to have NO good sounding sides.

And this is the band’s MASTERPIECE to boot, with four or five of their best and Hardest Rockin’ songs.

Both sides come flyin’ out of the gate with straight ahead rockers that have the Big Sound we go crazy for here at Better Records.

Side one was so unbelievable that we had to award it the rare Four Plus (A++++) rating.

Of course the sound is punchy and alive — with Hot Stampers, what else would they be? — but where did all that studio ambience come from?

Simple: the best copies have the RESOLUTION that’s missing from the average pressing. You know the kind of run-of-the-mill LP I’m talking about: punchy but crude and just a bit too aggressive to really enjoy.

Oh, but not this bad boy. Sweetly textured guitars, breathy vocals — all the subtleties of a Top Quality Recording are here, along with prodigious amounts of bass and powerful dynamics. (Check out that drum sound!)

If you can play this one good and loud you will be shocked at how good it sounds.

I’ve paraphrased a bit of commentary from Aja for this listing where we discussed the kind of changes we needed to go through here at Better Records to make it possible to play a hard-drivin’ rock record like this one and get it to sound the way we always wanted it to.

As audiophiles we all know that when it sounds this good, it makes you appreciate the music even more. We had to make quite a few improvements in the system before that reality hit home. The third pair of Hallographs and the new EAR 324P phono stage we brought on board since the last shootout made a HUGE difference in the sound. Aja is now without a doubt a real DEMO DISC, and I wouldn’t want to live without it. It’s a THRILL to finally hear this album sound the way it should have sounded, but for various and sundry reasons never quite did.

A World of Sound Awaits You

That’s what the Recent Revolutionary Changes in Audio link (seen at left) is all about. If you haven’t taken advantage of all the new technologies that make LP playback dramatically better than it was even five years ago, Aja won’t do what it’s supposed to do. Trust me, there’s a world of sound lurkng in the grooves of the best Aja’s that simply cannot be revealed without Disc Doctor cleaning fluids, Aurios, Hallographs, top quality front ends, big speakers and all the rest. Our playback system is designed to play records like Aja with all the size, weight and power of the real thing. We live for this kind of Big Rock sound here at Better Records. We’re prepared to do whatever it takes to play records like this with Maximum Fidelity, secure in the knowledge that a system that can play Aja can play ANYTHING.

Substitute You’re Gonna Get It! for the word Aja in the paragraphs above and you will get what I’m driving at.

Get a system that lets you play the music YOU love, not the music your stereo dealer likes to play in his showroom.