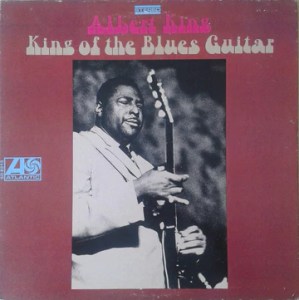 What We’re Listening For On King of the Blues Guitar

Atlantic’s original vinyl edition of this was comprised of Albert’s Stax singles — a few from Born Under a Bad Sign, along with “Cold Feet,” “I Love Lucy” (two of King’s patented monologues), and the beautiful “You’re Gonna Need Me.” Great stuff.