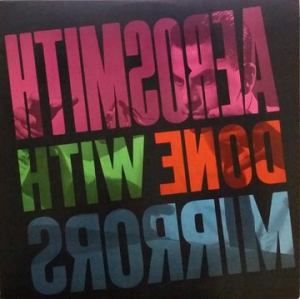 This vintage Geffen Records pressing has the kind of Tubey Magical Midrange that modern records can barely BEGIN to reproduce. Folks, that sound is gone and it sure isn’t showing signs of coming back. If you love hearing INTO a recording, actually being able to “see” the performers, and feeling as if you are sitting in the studio with the band, this is the record for you. It’s what vintage all analog recordings are known for —this sound.

What We’re Listening For on Done With Mirrors

Joe Perry returned to the fold in 1985, and Aerosmith turned out their finest record since Rocks. Unlike the records that preceded it, Done with Mirrors is powered by the same smart-assed lyrics and filthy guitars that formed the core of Aerosmith’s best songs. It didn’t receive the commercial or critical attention that Permanent Vacation did two years later, but Done With Mirrors is the better album; it marks the beginning of their remarkable comeback.