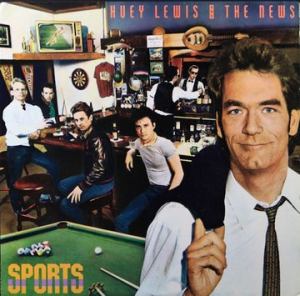 Here’s another great example of an album we had pretty much forgotten about over the years that completely re-earned our respect after hearing it come to life on the good copies. The songs are great, the band is on fire and the sound is wonderful throughout.

Most copies are somewhat flat, dry and grainy, but a pressing like this is an entirely different story. The sound is much more analog — rich, smooth and full — and you get more energy as well as a strong, punchy bottom end. The bass is tight, the drum hits are BIG and the guitars are meaty with lots of texture.

What We’re Listening For on Sports

Picture This found Huey Lewis and the News developing a signature sound, but they truly came into their own on their third album, Sports. It’s true that the record holds together better than its predecessors because it has a clear, professional production, but the real key is the songs. Where their previous albums were cluttered with generic filler, nearly every song on Sports has a huge hook.

And even if the News aren’t bothered by breaking new ground, there’s no denying that the craftsmanship on Sports is pretty infectious. There’s a reason why well over half of the album (“The Heart of Rock & Roll,” “Heart and Soul,” “I Want a New Drug,” “Walking on a Thin Line,” “If This Is It”) were huge American hit singles — they have instantly memorable hooks, driven home with economical precision by a tight bar band, who are given just enough polish to make them sound like superstars. And that’s just what Sports made them.