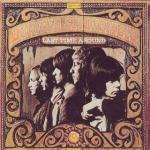 So many copies of this album sound so bad and play so poorly that most audiophiles have given up by now and written it off as a lost cause.

But we didn’t. We kept at it. Our main motivation? The music.

Extracting the midrange magic from a album like this should be the goal of every right-thinking audiophile.

Who cares what’s on the TAS Super Disc List? I want to play the music that I love, not because it sounds good, but because I love it.

And if the only way to find good sounding copies of typically poorly-mastered, beat-to-death records such as this one is to go through a big pile of them, well then, I guess that’s what I’ll have to do.

Within the limitations of the recording, there are still copies that are surprisingly DYNAMIC and TRANSPARENT. Listen to all that space around the guitars and voices — who knew it was there?

Listen also especially to the vocal harmonies — you can separate out all the parts much more clearly on these Hot Stamper pressings. You can really hear precisely who’s in there and what part they are playing in the vocal arrangement. I can’t remember ever hearing it sound so clear. The best copies really let you hear into the music.

The bass is also much better defined and note-like. On most copies the sound is lean, and what little bass there is sounds like a smeary blob underneath the vocals. With the better pressings you can follow every note, which is important if for no other reason than the fact that many of the arrangements are fairly simple, so losing the sound of one instrument is losing a lot of what the song has to offer.