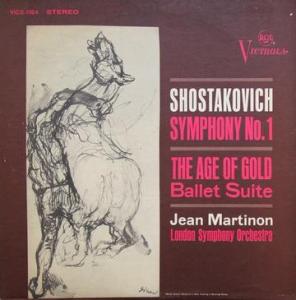 This is the kind of record that will make you want to take all your heavy vinyl classical pressings and put them in storage.

Kingsway and The London Symphony Orchestra

This record shows off Decca sound at its best. The full range of colors of the orchestra are here presented with remarkable clarity, dynamic contrast, spaciousness, sweetness, and timbral accuracy.

It may be a lost art but as long as we have these wonderful vintage pressings to play it’s an art that is not lost on us. I don’t think the Decca engineers could have cut this record much better — it has all the orchestral magic one could ask for, as well as the clarity and presence that are missing from so many other vintage Golden Age records.

We often have to go back and downgrade the copies that we were initially impressed with in light of such a standout pressing. Who knew the recording could be that huge, spacious and three-dimensional? We sure didn’t, not until we played the copy that had those qualities, and that copy might have been number 8 or 9 in the rotation. Think about it: if you had only seven copies, you might not have ever gotten to hear a copy that sounded so open and clear. And how many even dedicated audiophiles would have more than one or two clean original copies with which to do a shootout?

What We’re Listening For on Symphony No. 1 / The Age Of Gold 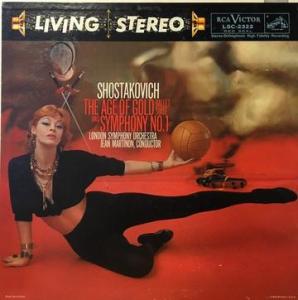 This particular recording of the work is splendid. In fact, Jean Martinon and the London Symphony Orchestra present one of the finest renditions. Their personification of style, interpretation and ensemble are a trinity of near perfection.