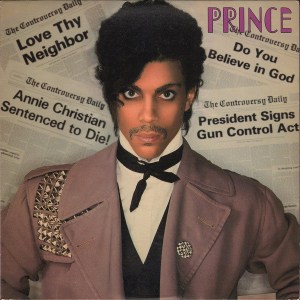 The best copies sound pretty much the way the best copies of most Classic Rock records sound: tonally correct, rich, clear, sweet, smooth, open, present, lively, big, spacious, with breathy vocals and little spit, grit, grain or grunge. That’s the sound of analog, and the best copies of Controversy have that sound.

This original Warner Brothers pressing has the kind of Tubey Magical Midrange that modern records can barely BEGIN to reproduce. Folks, that sound is gone and it sure isn’t showing signs of coming back. If you love hearing INTO a recording, actually being able to “see” the performers, and feeling as if you are sitting in the studio with the band, this is the record for you. It’s what vintage all analog recordings are known for — this sound.

What We’re Listening For on Controversy

Controversy
Sexuality
Do Me, Baby