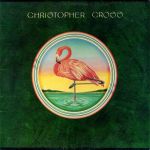 More of the Music of Christopher Cross