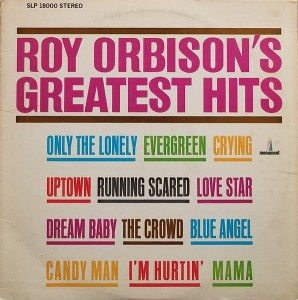 If you think that buying original pressings of an album like this one is the way to find the best sound, you are sorely mistaken. The originals and most reissues on the Monument label are mostly dreadful sounding.

The monos sound bad and the originals sound bad, which means that all the conventional wisdom of record collectors and audiophiles alike has failed to produce the desired result: a good-sounding pressing of the album. What’s a mother to do?

Or you could just buy this one. We already did all that other stuff and this is the pressing that resulted from our labors.

If you exclusively play modern repressings of older recordings (this one is now 50+ years old), I can say without fear of contradiction that you have never heard this kind of sound on vinyl. Old records have it — not often, and certainly not always — but less than one out of 100 new records do, if our experience with the hundreds we’ve played can serve as a guide.

What We’re Listening For on Roy Orbison’s Greatest Hits