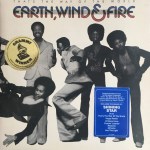 More of the Music of Earth, Wind and Fire

This BEYOND White Hot Stamper Two Pack has AMAZING SOUND for both sides, which makes it BY FAR the best copy that has ever hit the site! Side two (of record two) earned our highest and rarest grade, A++++. It went beyond any side of any copy we have ever played. When you hear “Reason” on this side you will be floored at how well recorded it is. Think about it: How many people on the planet have ever heard it sound this good? We hadn’t until this copy came our way, and we’ve been playing the record since the ’70s!

On top of that, side one of the other record in this two pack has A+++ sound. Simply put, this copy has the best sound for this album you will ever hear from first note to last, a claim we happily back up with a 100% Money Back Guarantee.

We’ve been known to award a “Four Plus” grade to a record that goes far beyond anything we’ve heard before, and that’s exactly what we heard on this side two — sound that went well beyond our former benchmark copy.

Record One – Side One

A+++, the best side one we heard, with vocals that are so big, breathy and real you will want to take your personal copy and drop in the trash. This copy is transparent and high-rez like no other side one we heard.

We’re pretty sure that the first track on side one, Shining Star, is made from a dub, a common occurrence with planned hit singles. The rest of the songs on side two are a step up in class; when you play the side, of your own copy or ours, see if you don’t hear some veiling and smearing. (Note that these are problems we hear in the sound of practically all the Heavy Vinyl pressings that, let’s be honest, we waste our time auditioning, which leads us naturally to conclude that they are not really made from master tapes, but high quality analog dubs or high-rez digital masters. Some of course sound better than others, but none will ever sound the way this pair of records do.)

Last time around we wrote about how bad the first track sounds on most copies. Now we think we have a better understanding of why.

That’s The Way Of The World starts off with great music that is, apparently, very difficult to reproduce. The typical copy makes “Shining Star” literally sound like a cassette, and a bad one at that! No highs, no lows, harsh vocals, and no real energy. When you hear it done right, you immediately remember why you love this song – the vocals are warm and present, the bassline is groovin’, and the energy makes you wanna grab someone and dance!

Relatively speaking of course. The song can still sound good, if you can ignore some of the radio EQ, just not as good as what follows. Compare it to the title track that follows and we think you will hear exactly what we mean.

Earth, Wind & Fire has delivered more than its share of excellent albums, but if a person could own only one EWF release, the logical choice would be That’s the Way of the World, which was the band’s best album as well as its best-selling. There are no dull moments on World, one of the strongest albums of the 1970s and EWF’s crowning achievement.