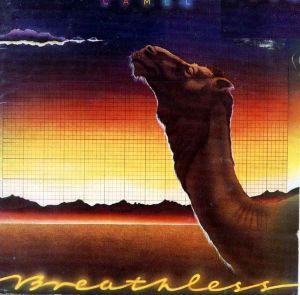 This Decca original UK pressed LP has BETTER than Super Hot Stamper sound on BOTH sides. It finished just a half grade behind the best one we played, and we played close to ten copies for our shootout, all British imports, so that should tell you this is a very special pressing indeed. If you like your Prog with Pop flavorings, more Supertramp than King Crimson, you may find yourself liking Camel more than you thought you would. I was never a fan of the original iteration of the band, but both this album and Rain Dances, the one previous, have much to offer — if you like this sort of thing. If you don’t, hard to imagine you starting now. I grew up on this music and find it quite enjoyable to this day.

Most copies of this album suffer from recessed, veiled, thick, blurry, smeary, congested sound. Lots of British recordings have the same shortcomings — early Jethro Tull comes immediately to mind — so the trick is to find those pressings that have clarity, transparency and presence to balance out all that wonderful British richness. Yes, it can be done. Here is the copy that pulls off that balancing act with flying colors.

A++ to A+++, with more texture on everything (lack of smear) and lovely harmonics on the guitars and vocals reproduced correctly. Less congested, more open, delicate and sweet, this side would be very hard to beat.

A+ to A+++, with big and bold sound and tons of energy, this side had almost everything we were looking for. One copy had the punchy bass this one is lacking, but in terms of transparency, resolution, and energy, this one is killer.

The domestic copies are uniformly awful by the way, as was a Japanese pressing we played. We had a Dutch pressing a while back that we liked but none for this shootout so no telling how it would have fared relative to the best British originals.

With Rain Dances, Camel began exploring shorter, more concise songs, but it wasn’t until its follow-up, Breathless, that they truly made a stab at writing pop songs. Although they didn’t completely abandon improvisational prog rock — there are several fine, jazzy interludes — most of the record is comprised of shorter songs designed for radio play. While the group didn’t quite achieve that goal, Breathless is nevertheless a more accessible record than Camel’s other albums, which tend to focus on instrumentals. Here, they try to be a straightforward prog rock band, and while the results are occasionally a little muddled, it is on the whole surprisingly successful.